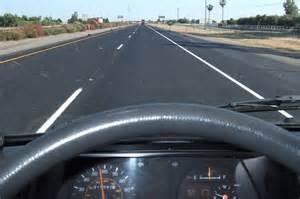 Someone in your company gets a promotion. After the polite smiles and handshakes, have you ever caught yourself or heard others saying, “When will it be my turn?” Jealousy creeps up and feelings of depression roll in like a morning fog over the lake. Not a good place to be, is it?

Who wants to experience this? Wouldn’t you rather be the person who just go promoted? How did that person do it?

Chances are, they decided a while ago to be a driver vs. a passenger on the road of their personal development.

Many folks end up becoming passengers in a company – they appear to just be along for the ride. Oh, they may hit their goals. They enjoy working for the company. They enjoy the people they work. They attend company functions. But something is missing.

Passengers act as if they are not in charge. They passively sit and go wherever the company goes. They make little effort if any to question the destination. They just look out the window and ride.

Passengers sometimes get in the habit of questioning the driver’s abilities. They act like they know how to drive better than anyone, but rarely (if ever) take the initiative to do anything but ride. Many times, passengers just mumble and whine, “are we there yet? I’m tired of this. Didn’t we just drive by this place an hour ago? When will we eat?”

Drivers, on the other hand, make things happen. They get involved, and they ask questions…a lot of questions. They aren’t obnoxious about it or disrepectful, but they want to connect with the company’s mission/vision – they want to align themselves with that mission/vision.

Drivers aren’t satisfied to sight-see. They enjoy the journey to success because they are intimately involved all along the way.

*If a project team is formed, they want to serve. When they do, they throw themselves into the work.
*If a volunteer is needed, they step up. They love to represent the company.
*They don’t limit their work to the office. They are a cheerleader for the company inside and outside of the corporate walls.
*They collaborate with others. They know that collaboration is an opportunity to learn from others and to share what they know. It’s a give-give/win-win for them.

Drivers aren’t afraid of results. They know that they will be recognized because of results – not because they are some VP’s favorite. Results speak louder than words. Results move the company forward, and drivers know that results move them forward, too.

Drivers know that ultimately not every decision made about their career will be up to them. Someone has to say “yes” to them along the way. But a driver also knows that they control how they work, how they work with others, and that they control their results. Drivers want to be in the position of making a decision-maker’s life a little tough – “given who I am and what I produce, how can they say no?!”

If “someday” (i.e. a new position, a management role, a promotion) is in 1 year for you, how are you going to get there? Today, you can decide if you’ll be a passenger for the next year or if you’ll become a driver. Don’t do nothing and then expect great results. If you’re a passenger, don’t keep doing what you’ve always done and expect different/better results.

Jump in the driver’s seat. Have a destination mapped out. Check your gauges and your fuel tank. Smile. Hands on the wheel. Pedal to the metal!