Image you coach a baseball team, and your team just lost a game.  In the post-game talk, you tell your team that they didn’t give it their all – they played at around 85%. 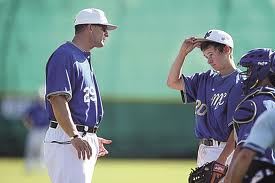 Two days later, you arrive for the next game.  You gather your team together for the pre-game pep talk.  Would you say this?

No coach I know would ever say that.

We’ve all read articles and book where we’re told that most companies see team performance following the 80/20 rule.  What would your team look like it everyone worked at 100%.  Not realistic?  Perhaps.  But why not set that vision?

Refuse to allow your team to live/work to the lowest common denominator.  Give them the vision of higher standards.  Set challenging goals.  Inspect what you expect.  Cheer them on.  Coach them.  Believe in them.

Coaches want their players to play to 100% of their potential.