Thank you, friends, from all over the world this past week.  I appreciate your visit!

From John Maxwell’s “The 21 Irrefutable Laws of Leadership”

I’ve been thinking about this a lot lately. Whatever we tend to think about, dwell on, can certainly become a reality in our lives.

Many of us have grown up with a lot of negative thoughts about ourselves, about our abilities, and about our talents.  We grew up believing we were never good enough. And many times in life it seemed that it was confirmed. And the whole time we continue to play and replay the tapes that say, “You’re not good enough.  You don’t measure up.  You can’t lead others.  You’re no good.”

Maybe today you’re finding yourself in a rut. Maybe you’re in a season of life where things aren’t going the way you had planned them to be going. You need a new course. A change.

Start with your thinking.

In your mind or even out loud begin stating words of affirmation about who you are as a person and a leader. It’s not silly, and it’s not a waste of time. If you continue to dwell on the negative, you will reap the negative in your life. If you affirm yourself and believe in yourself, success will be sure to follow.

There have been plenty of studies done on this. Many books have been written on this subject.  You’ll learn some valuable insights into how your thoughts about you can make or break you.

If you could share 1 sentence of affirmation to an older elementary,  junior high or high school student that would encourage them to grow as a leader, what would it be?

I have spent the last hour chatting with a new friend in Ghana, Africa. His name Issah Adil. He is the Director of Caring Volunteers Network (CAVNET).

Please take the time to visit their website to learn about their work in education,  health, and community improvement. 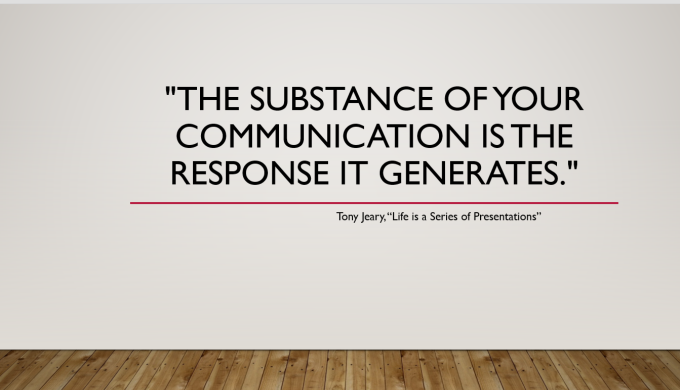 We’ve probably all had this kind of manager – the person everyone fears to annoy, anger, or simply encounter.  This manager’s words and actions are harsh, demening at times, and down right nasty.

What kind of productivity does this sort of person get from his/her team?  Just enough.  Just enough performance from the team to avoid being yelled at, threatened, and targeted.

A team that produces “just enough” will eventually produce less and less. Team members will come and go and the productivity, as well as the very life of the team, will dwindle.

There is a better way.

In his book, “Life is a Series of Presenations”, Tony Jeary quotes University of Michigan psychology professor James V. McConnell who said, “People who smile tend to manage, teach and sell more effectively, and to raise happier children.  There’s far more information in a smile than in a frown. That’s why encouragement is a much more effective teaching device than punishment.”

Think of your team right now.  Who needs to take their performance to the next level?  Who has recently demonstrated a behavior that is hurting the team? Who seems to be in a slump?

How you interact with this team member will make all the difference in the world in turning the situation around.

Smiling and being encouraging isn’t giving them a pass.  As a leader, you want to connect with your team member.  By being abrasive, you are putting up walls.  Communication and understanding is being impeded.

Remember this thought from Tony: “The substance of your communication is the response it generates.”

Excerpt from “Life is a Series of Presentations” by Tony Jeary 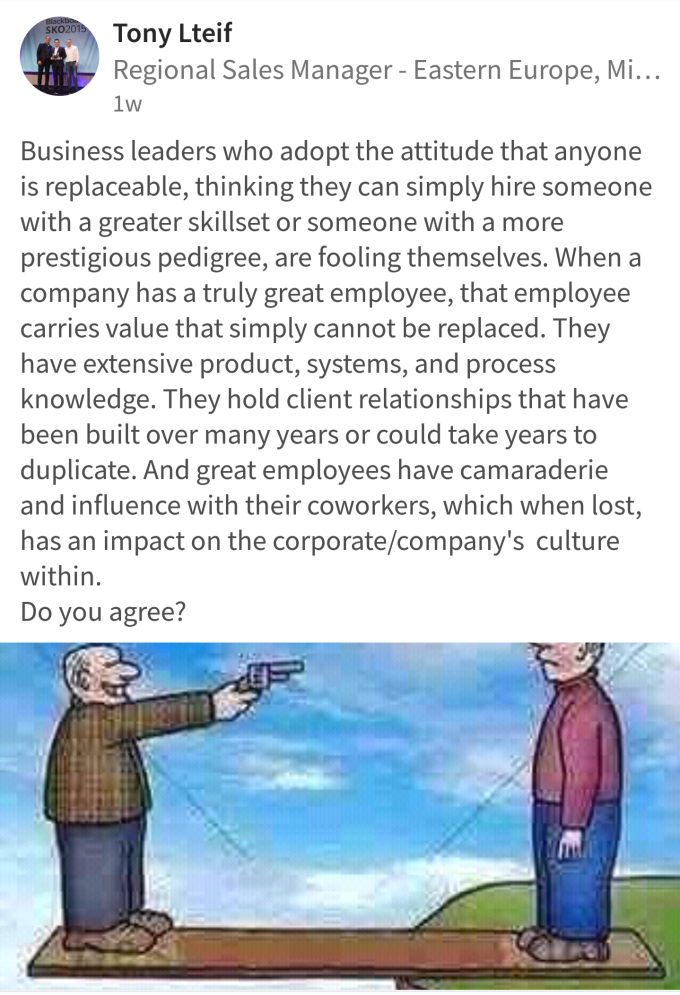