I about to start this book. A friend recommended it to me. Have you read it? Reviews? Leave a comment. Thanks!

17 As iron sharpens iron,
so a friend sharpens a friend.

Do you have this friend?  I have a couple.  In fact, yesterday I had a call with a friend from high school (we graduated in 1978 – so we’ve known each other a LONG time).  Our conversations always encourage me, stretch me, challenge me.

I value these friends.

Find people such as this.  You’ll become better because of it. 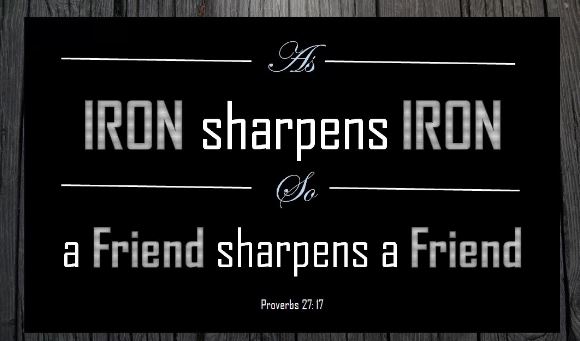 This week, a significant leader/mentor in my life will turn 80 years old.  At the recent Global Leadership Summit, we were challenged by Bill Hybels to reach out to those who helped mold our leadership skills and tell them “thank you”.  This morning, I wrote a letter to this leader.  Here is an excerpt from that letter:

I just wanted to say “thank you” once again for all that you’ve done for me in my life.  I am often asked who was a major influencer.  Your name tops the list (after my parents).  Here’s why:

So, who in your life could you “thank” for helping you? It really takes moments to craft a letter.  But you will encourage a mentor in ways you cannot imagine.

They invested in you.  Invest in them today.  Thank a Mentor.

So you feel you’ve reached your capacity?  You’ve tapped out?

Stewart had worked on Wall Street and owned a Connecticut catering firm, but her real success came after age 41 with the publication of her first book, Entertaining, and the launch of Martha Stewart Living seven years later. (Of course, she weathered some pitfalls later, before rebounding once more.)

Wang was first known as an accomplished figure skater and a fashion editor before deciding before her 1989 wedding, at age 40, that she wanted to be a designer. She commissioned her own wedding dress for $10,000 and opened her first bridal boutique the following year.

Sanders was “a failure who got fired from a dozen jobs before starting his restaurant, and then failed at that when he went out of business and found himself broke at the age of 65,” according to one account. But then things worked out when he sold the first Kentucky Fried Chicken franchise in 1952.

At age 55, he wrote his first food and hotel guides (including one that mentioned Sanders Court and Caf, the original restaurant owned by Harlan Sanders, above). At age 73, licensed the right to use his name to the company that developed Duncan Hines cake mixes; unfortunately he died six years later.

Jackson 46 years old (and in recovery from addiction to cocaine and heroin) before he starred alongside John Travolta in Pulp Fiction.

At age 41, after a series of entrepreneurial ventures, Fisher and his wife Doris Fisher founded The Gap. It’s now a $16 billion a year company with more than 3,200 locations worldwide.

Kroc had passed his 50th birthday before he bought the first McDonald’s in 1961, which he ultimately expanded into a worldwide conglomerate.

Although he’d owned a small chain of discount stores, Walton opened the first true Wal-Mart in 1962, when he was 44.

He created his first hit comic title, “The Fantastic Four,” just shy of his 39th birthday. In the next few years, he created the legendary Marvel Universe, whose characters like Spider-Man and the X-Men became American cultural icons.

Cemented his spot in junk food history when he invented instant ramen at age 48 in 1958.

At 53, Walter Hunt, an inventor, patented the safety pin.

At 62, J.R.R. Tolkien published the ﬁrst volume of his fantasy series, “Lord of the Rings.”

At 66, Noah Webster completed his monumental “American Dictionary of the English Language.”

At 72, Margaret Ringenberg (Grabill, Indiana native) ﬂew around the world. 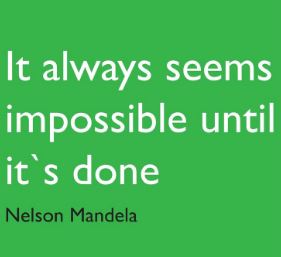 I shared some of these thoughts with someone just a moment again via email.  I thought I would share this with you.

Are you the CEO, VP, Director, Manager, etc. on your team?  If so, your team needs something from you.  If you are in a team meeting, departmental meeting or all-company affair, don’t discount your impact in those moments. 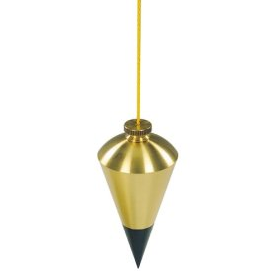 I’m sure you know this is a plumb bob.  It is used to insure accuracy in construction.  A carpenter’s eye can deceive him.  But a plumb bob cannot be “off”.  The weight and gravity work in accordance with laws of physics.  The plumb bob always shows what is in line/accurate.

Your team does not intend to ever “get off” the line (expectations) in their daily work.  But it happens.  Life events push in on them.  Relationships in the office can become strained.  We all can have bad days.  Sometimes, a customer can be a jerk.

Our teams get off-kilter.

When you have your time in front of your team, it is a perfect time to help them re-calibrate.  To hear and see the vision again.  This is their plumb bob.  And you get to hold the string.

You believe in your company’s vision/mission.  Like it or not, your team looks to you at these key events to hold the string, remind them of their “calling”, spray a little Windex on the vision, and point all of your team’s ships in the same direction.

Be great at this.

That’s what your team needs from you.  To be your best self.  Your team all loves that, wants that, and needs that.